written by Kristina in Love |

It’s not just that he was ‘the original’ – the archetype for the likes, wits and charms of Brad Pitt, Leonardo DiCaprio and every other man who’s claim to fame was “he’s just got that thing“…

It’s not just that he founded the Sundance Institute in 1981. It’s not even the fact that his life story involves highly-acclaimed words like Oscar and natural-blonde.

What “it” really is and what it’s always been is that Mr. Redford is genuinely good for the planet. As an advocate for nature, his environmental work parallels only the massive philanthropic work of his good friend, Paul Newman. Leonardo DiCaprio’s conservation/environmental efforts are  up there too…but that’s a whole other article.

What we’ve all come to love and have always loved about Robert Redford is his loving nature — but perhaps more so —  his love of nature. He’s the one who brought us that ‘wood and earth element‘ to the big screen (his film company is called Wildwood after all…).

We think Robert Redford’s best work is ahead of him. As in Nobel Peace Prize! His environmental work has made serious strides for climate change awareness/conservation efforts.

PS: Here’s a great article/clip about Robert Redford from Biography.com. I love that Paul Newman got a good word in…

PSS: Did you see Robert’s note to David Brooks of the NY Times. Our friend, David, is an amazing person. His interview with Oprah on Super Soul Sunday was so honest and real. He admits to being a shitty person at times… Aren’t we all.

In regards to the Sundance brand (catalog, festival and resort): Go back to your original  intention & follow the money. Apply the It’s Good To Care model to all of your companies and ther sponsors and negotiations. Make no compromises in terms of accepting business deals from companies that harm others (for example, a shirt made from slave-labor cotton).

Featured Image: 1963, Robert Redford in the stage production of Barefoot in the Park – Billy Rose Theatre. Photograph by: Friedman Abeles. Courtesy of the New York Library. 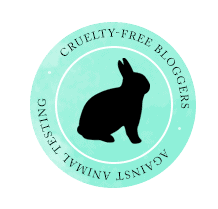